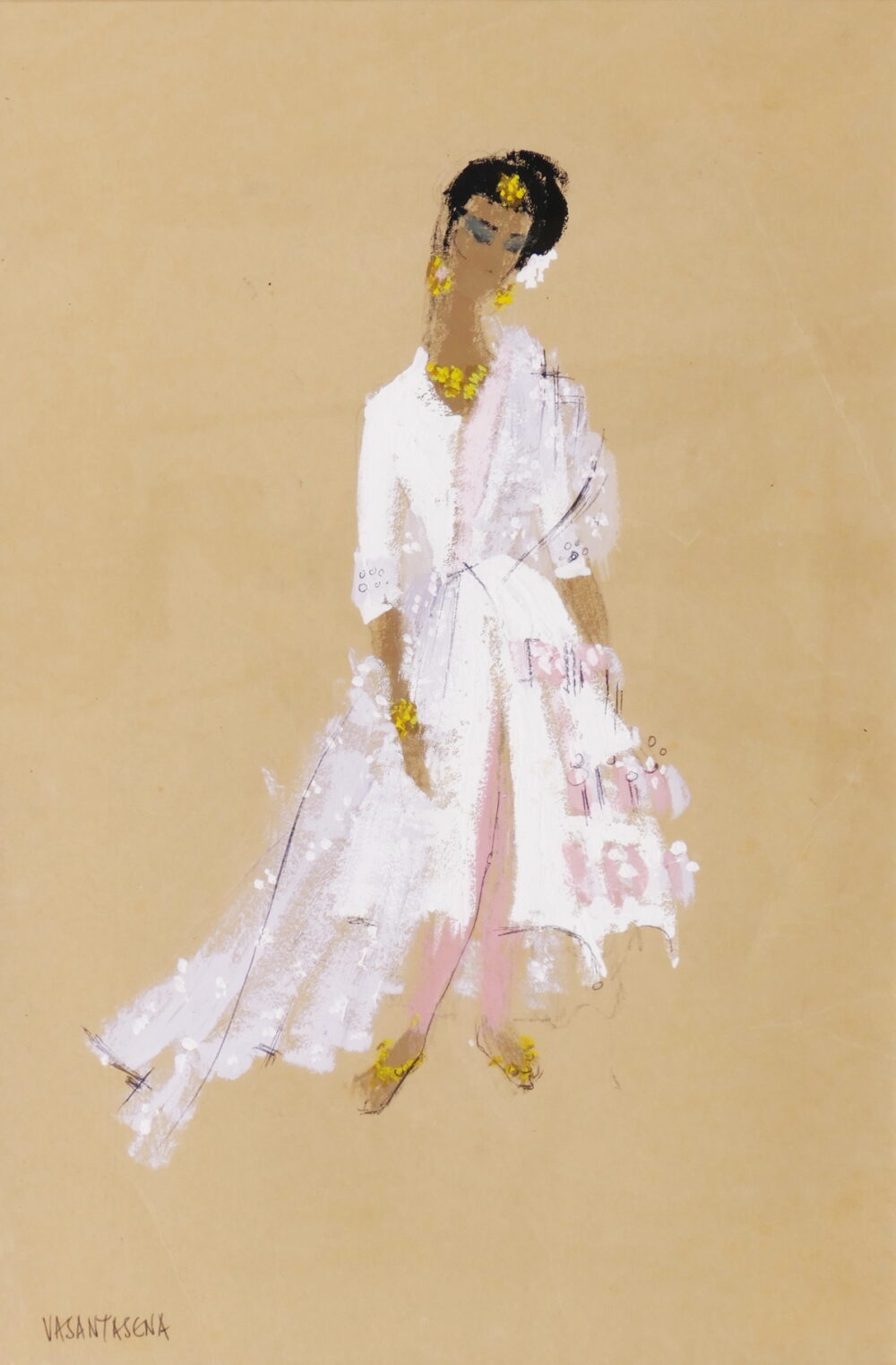 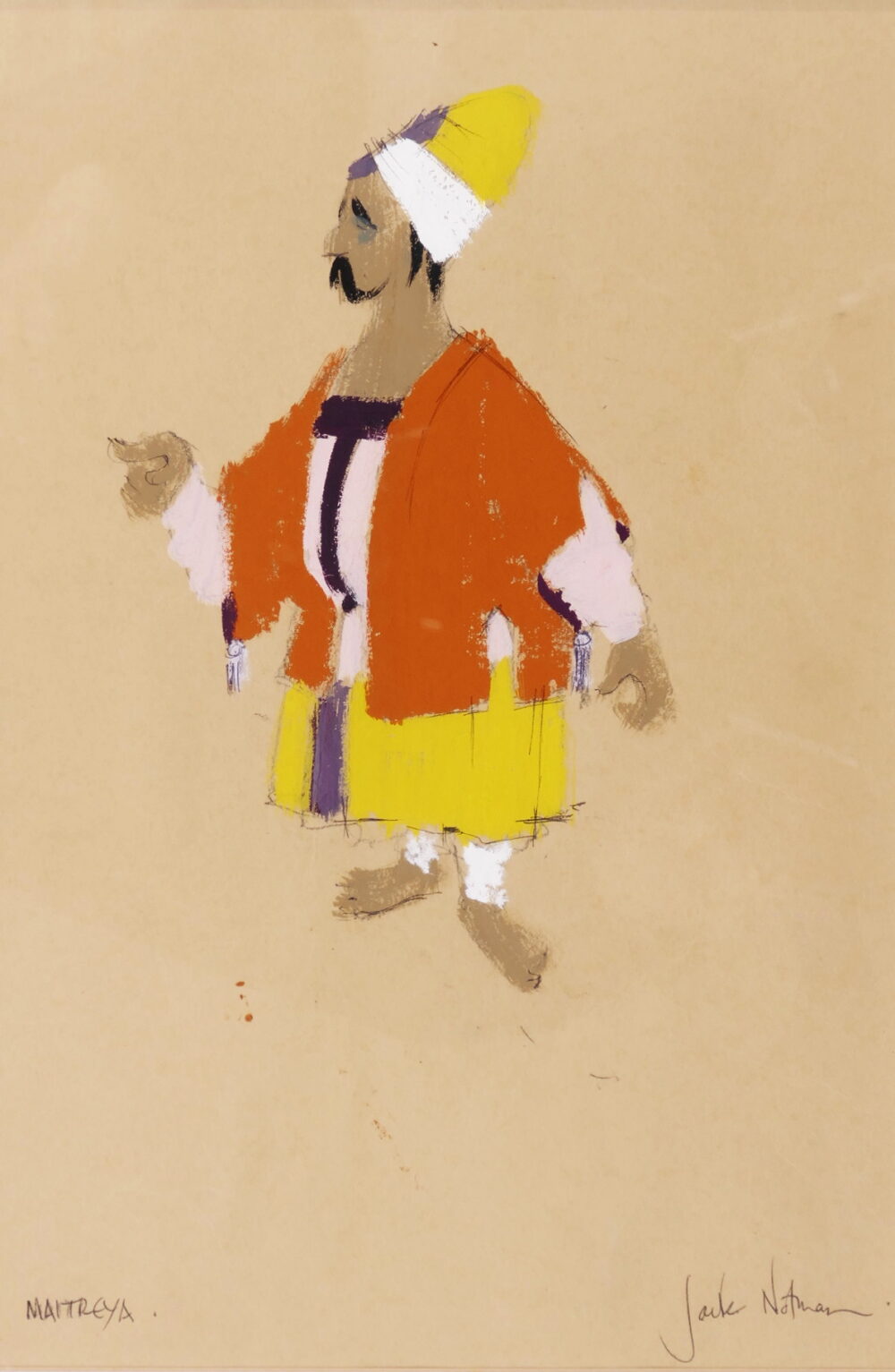 2 original costume designs for the characters of Vasantasena and Maitreya in the Hampstead Theatre Club production of 'The Little Clay Cart' by King Sudraka,

staged in the early 1960s at the fledgling theatre by its founding artistic director, James Roose-Evans. John (Jack) Robertson Notman (1927-2009) was a highly successful Scottish architect. But, from school days, spurred on by fellow pupil and collaborator, Stanley Baxter, he had nurtured a parallel career in all creative design aspects of the performing arts, including ballet, theatre and cinema.

Vasantasena is the courtesan heroine, and Maitreya the best friend of the hero, Carudatta, in this 10-act Sanskrit drama of illicit love, jealousy and rivallry, Mrcchakatika (The Little Clay Cart), attributed to Sudraka, a 5th century Indian king and playwright, 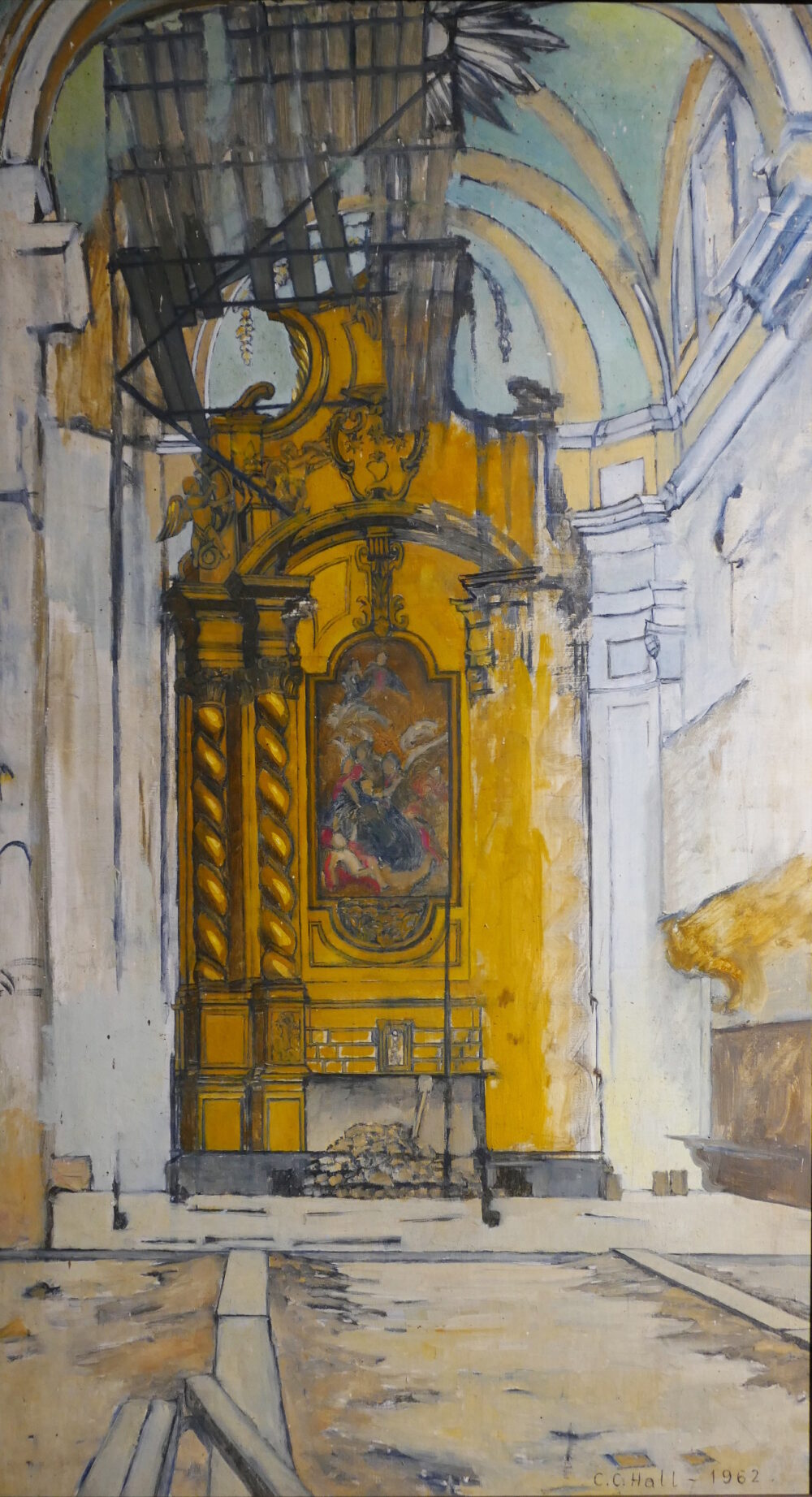 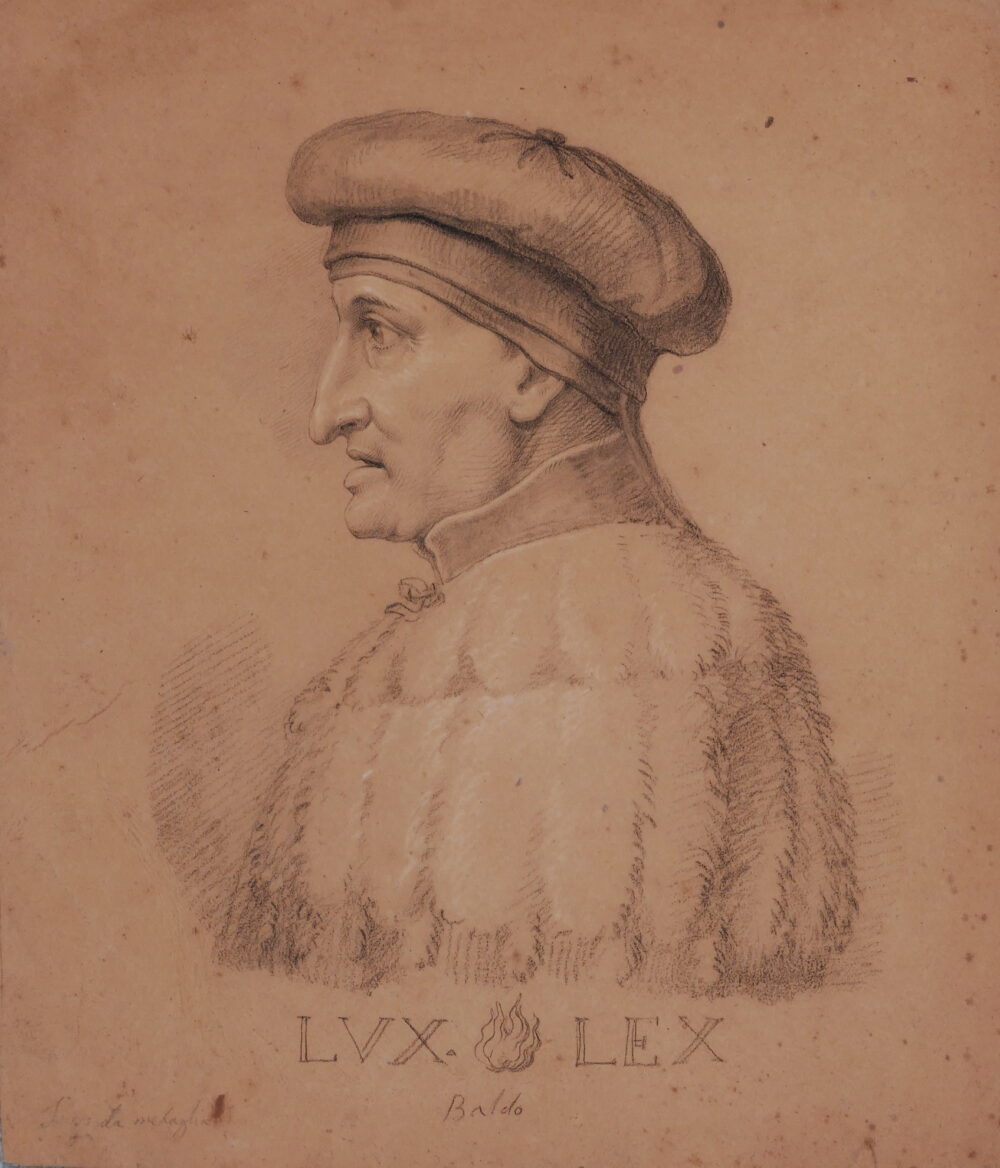 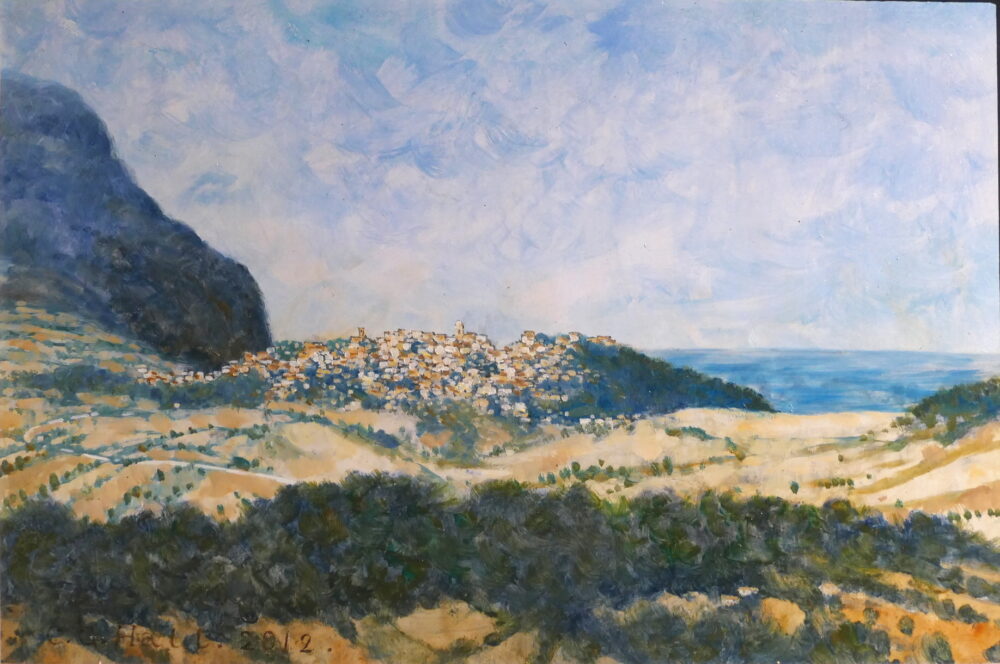