a cluster of five characters, each demonstrating one of the five senses, an old man lasciviously touches the arm of a young woman while she smells a phial of perfume, a man behind her looks at an oval miniature through an eye-glass, while beside him another man listens in frustration for the ticking of his pocket watch, and in the middle of them all a gluttonous man shows his delight at tasting a small dish of food by dipping and licking his finger, plate 25 from the popular series ‘Recueil des Profiles et Grimaces’, a collection of 98 separately published original lithographs by the artist, largely satirising various strata of French society. Louis Léopold Boilly (1761-1845) was something of a child prodigy before moving to Paris in the late 1780s, where he became a prolific painter of portraits and genre scenes. His experiences of the French Revolution, particularly during the Terror, coloured his view of the human condition and informed his output. He was highly regarded during his career, being made a chevalier of the Légion d’honneur in 1833,

lithograph with original hand-colouring on wove paper, 255 x 215 mm. (10 x 8 1/2 in), some fraying and a few repairs to sheet edges, slight browning and minor handling creases, 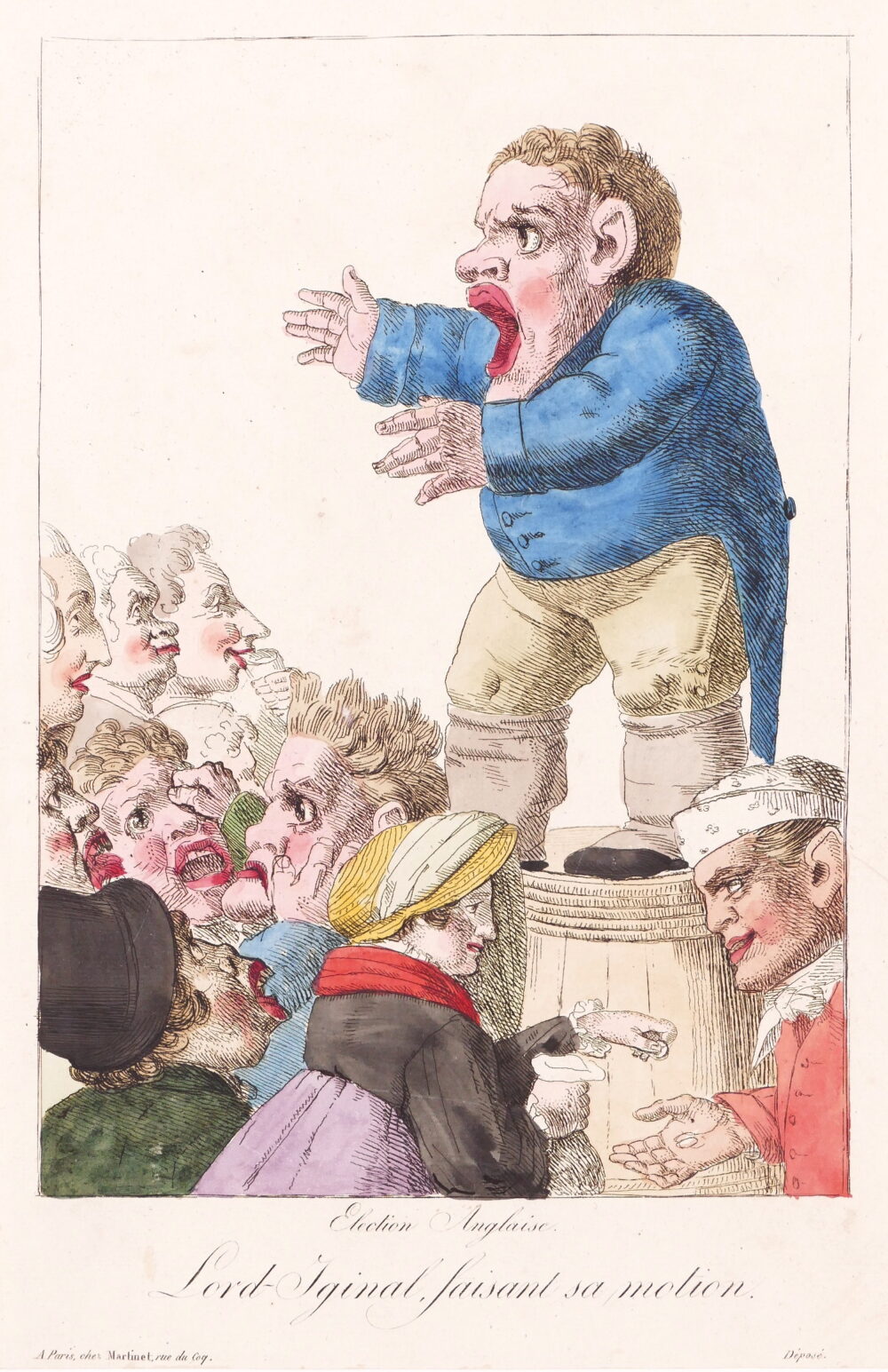 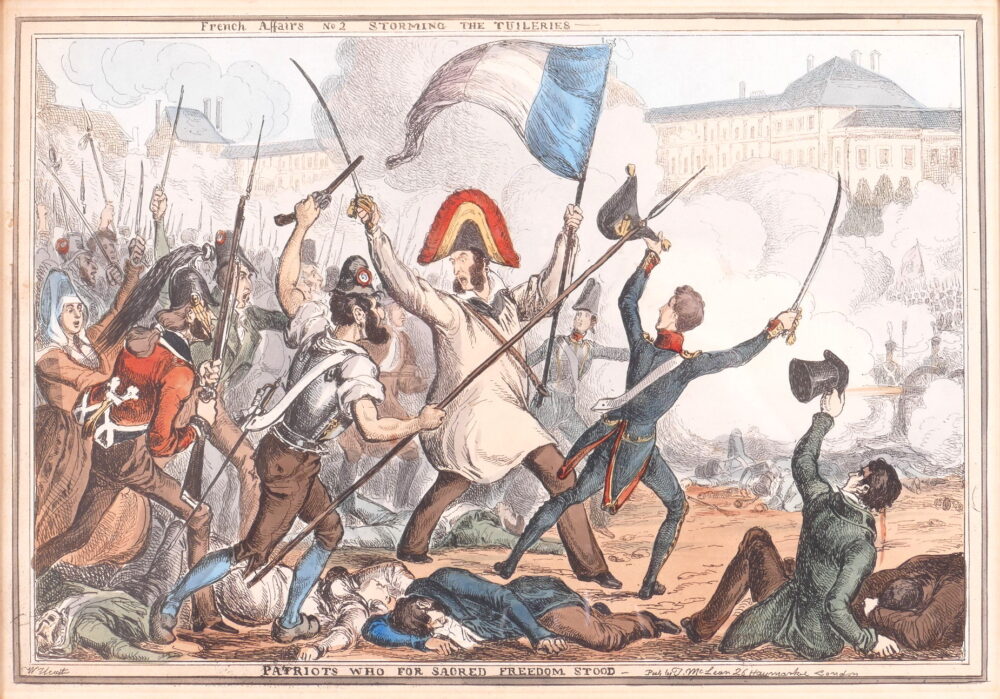 Patriots Who For Sacred Freedom Stood, 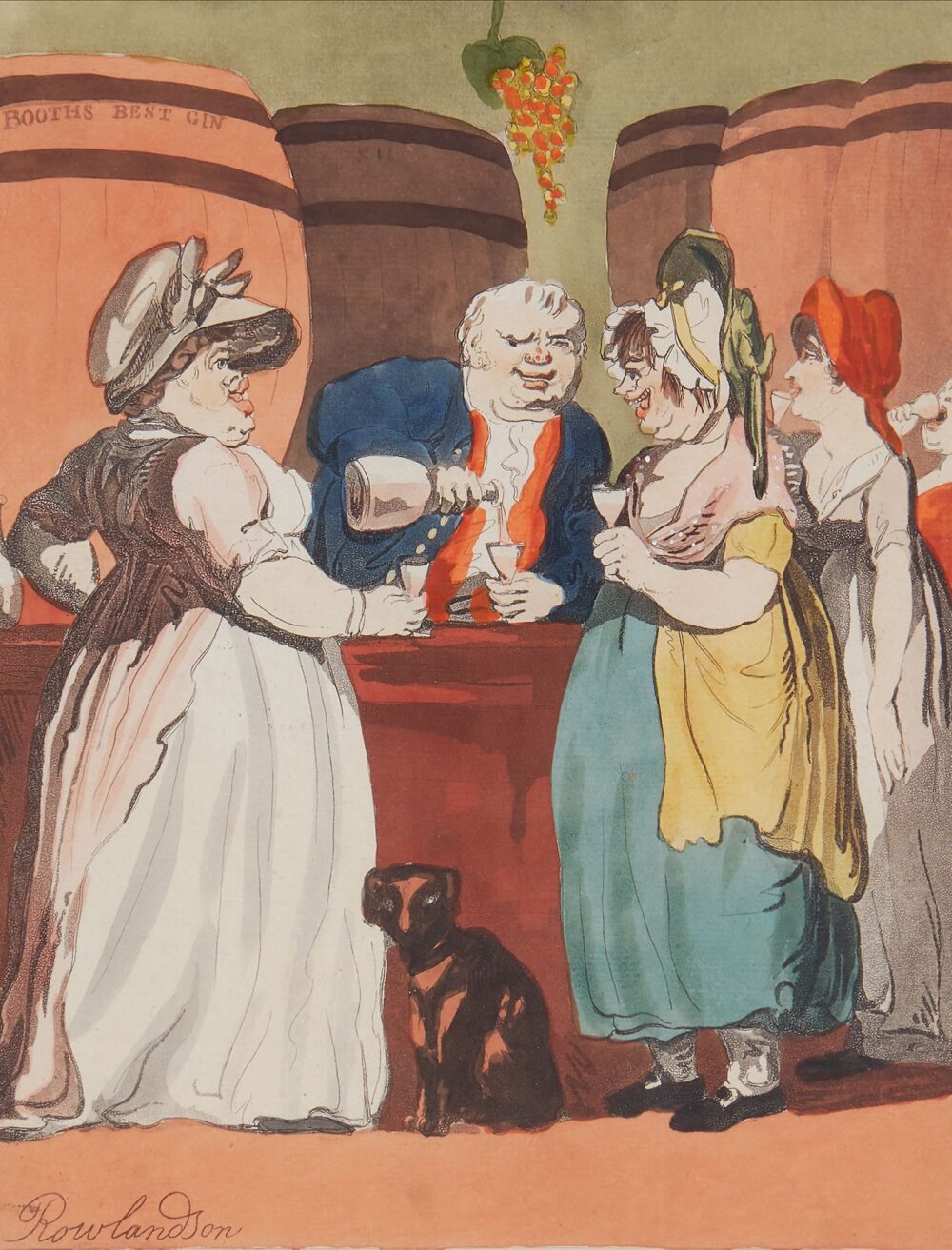