plate 69 of ‘Eccentric Excursions, or Literary & Pictorial Sketches of Countenance, Character & Country in different parts of England & South Wales’, a narrative tour comprising humorous anecdotes from various towns, this scene relating to an account of a troupe of wandering players who performed ‘Romeo and Juliet’ one night in a barn near Market Harborough, the role of Romeo played by the distinctly middle-aged manager, and that of Juliet by his less than nubile wife, here depicted at the tragic moment of discovery in the Capulet tomb by Romeo drawing back the curtain only to find she had mistimed her cue and is caught on stage canoodling with another elderly player, a notice above the door unintentionally echoing the scene by stating ‘Romeo & Juliet, Romeo by the Manager and Juliet (for that night only) by his Lady – with the Farce of the Discovery on Monday a new way to Pay old Debts’, 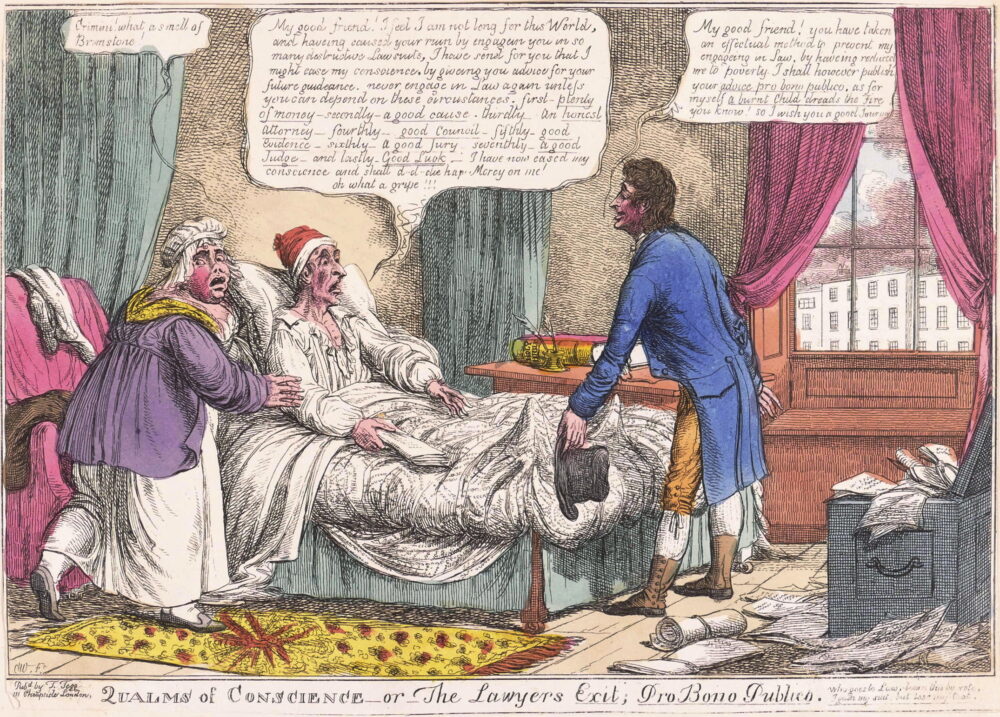 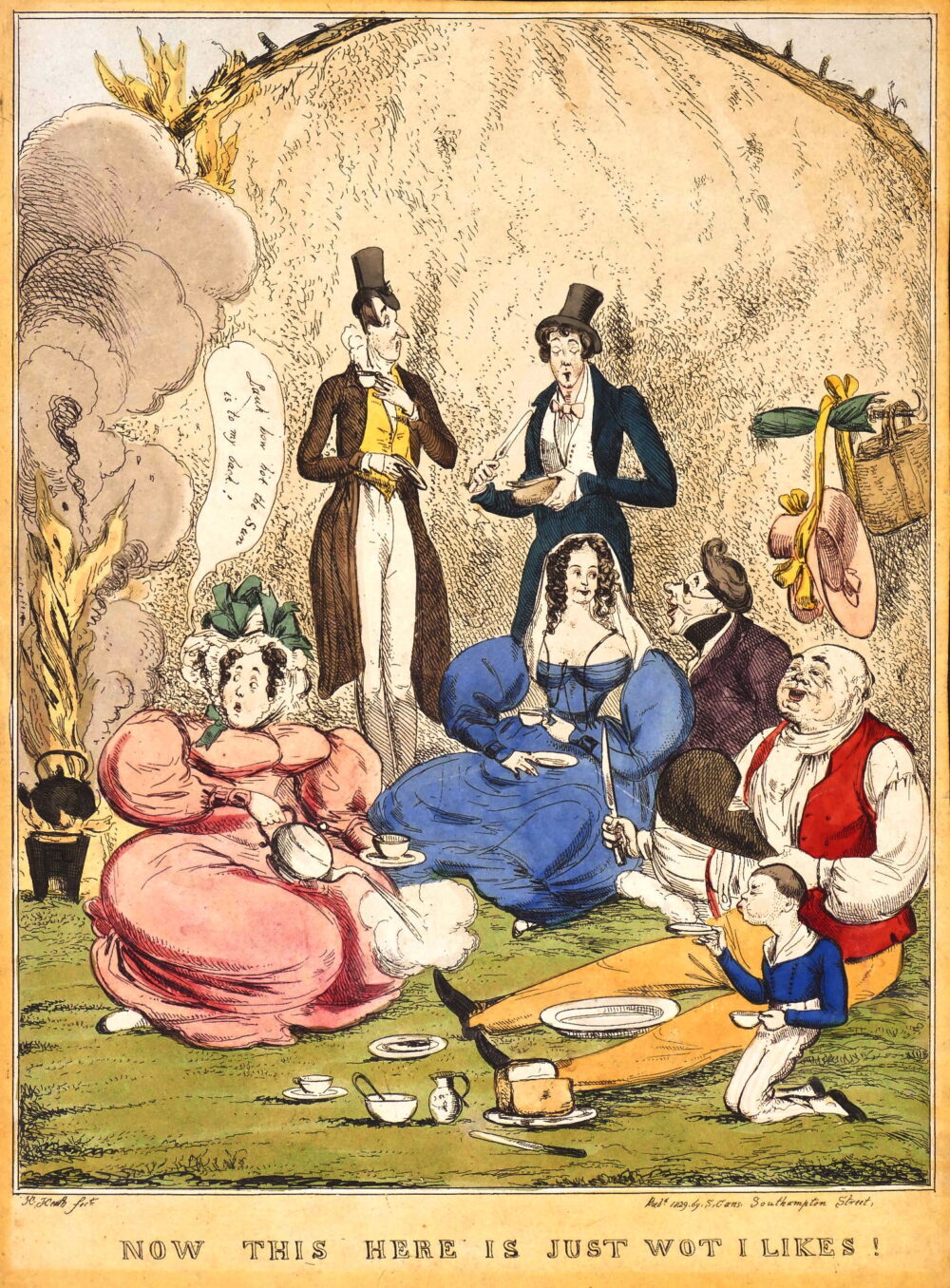 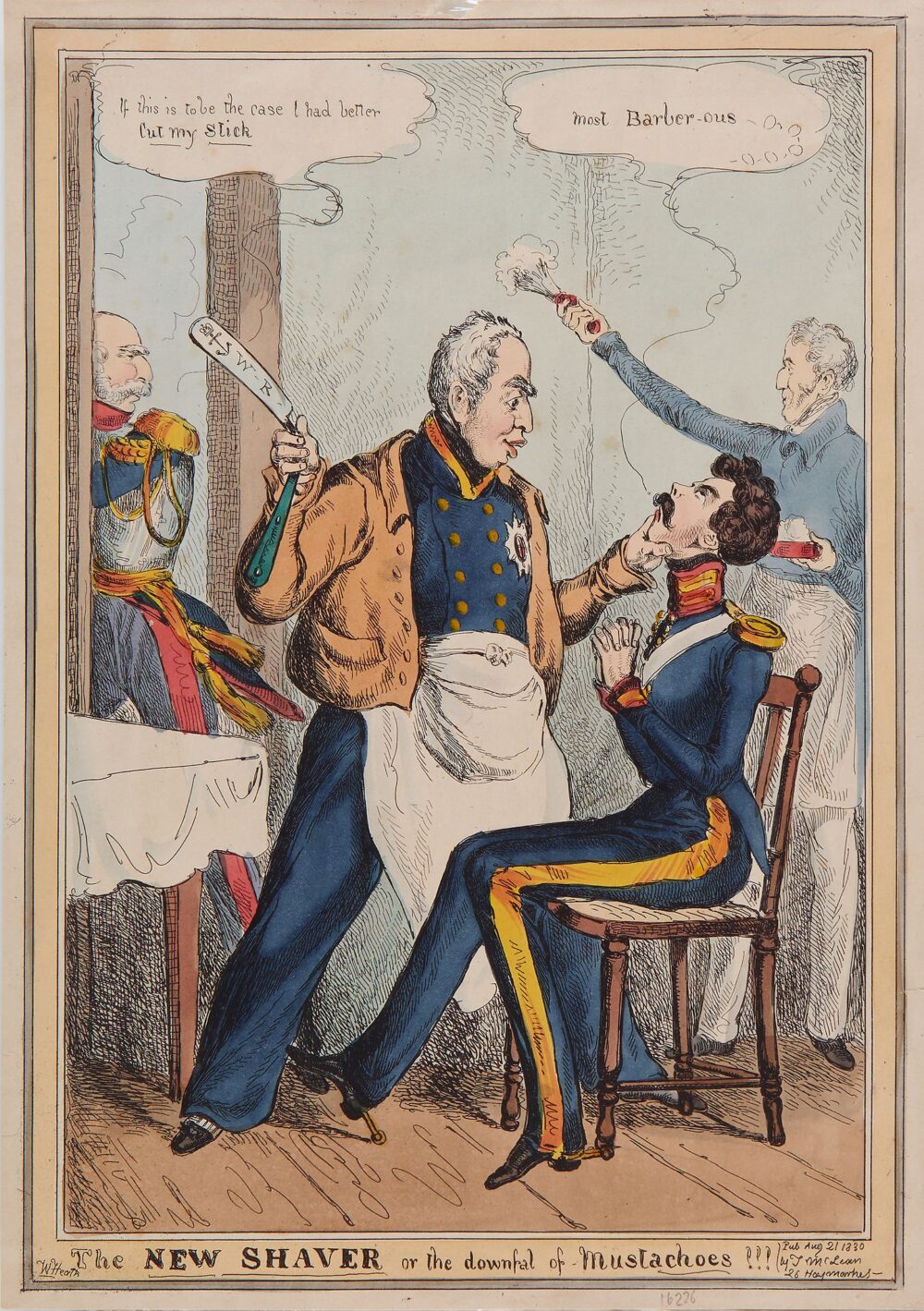