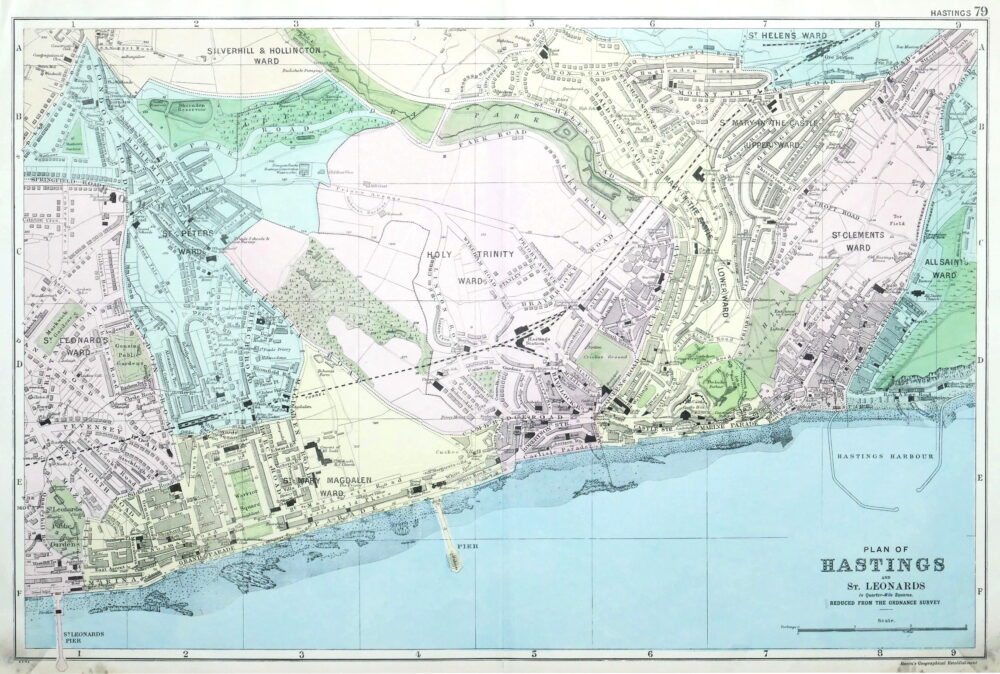 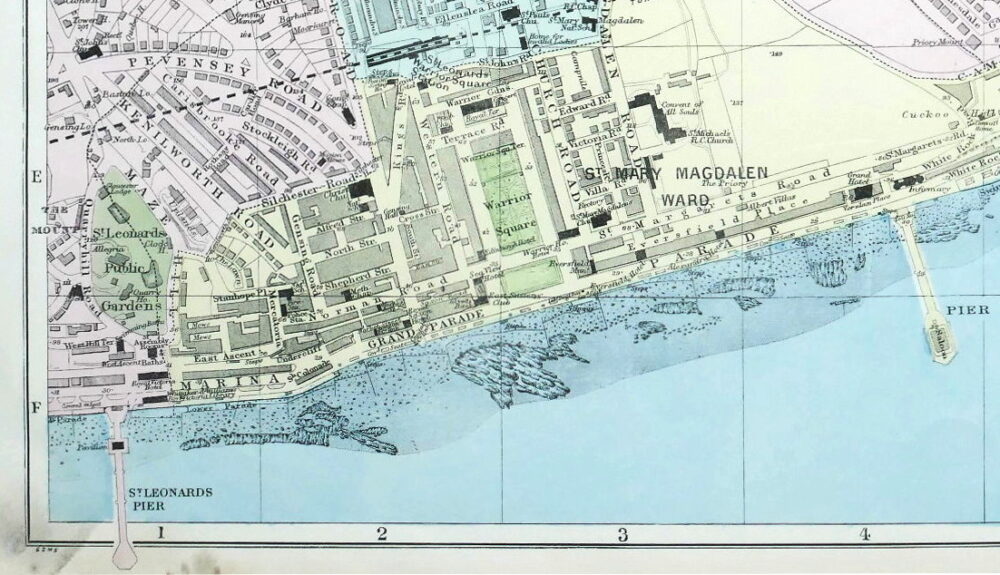 Plan of Hastings and St Leonards,

plan of the adjoining towns and their continuous Edwardian seafront, showing Hastings harbour walls, now largely subsumed by the longshore drift it trapped, and otherwise diminished by storms, the original Hastings pier, designed by Eugenius Birch and opened on August Bank Holiday, 1872, closed in 2008, destroyed by fire in October, 2010, now replaced by an award-winning 21st century interpretation of a seaside pier, the historic Hastings Cricket Ground, which hosted first class cricket from 1864 to 1996, now buried under a shopping precinct, and the long-forgotten St Leonards pier, sited in front of the Royal Victoria Hotel at the heart of “Burton St Leonards”, originally designed by R. St George-Moore, and opened in 1891, shown here extending out of the lower left corner of the plan into the margin, eventually damaged beyond repair by a storm, and subsequently completely demolished, in 1951,

Panoramic Map of the Thames and Medway, 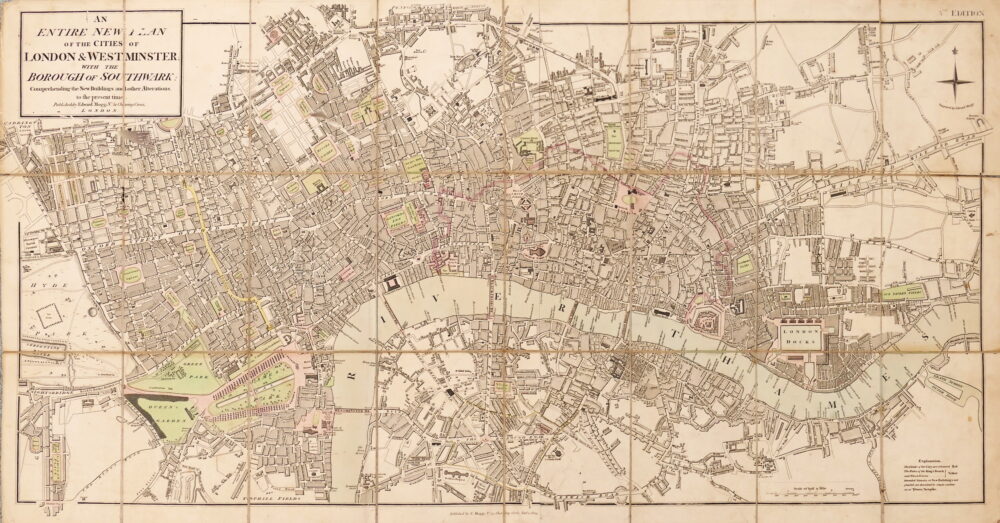 An Entire New Plan of the Cities of London & Westminster, with the Borough of Southwark, Comprehending the New Buildingsand other Alterations to the present time,