the original grisaille artwork for the illustration by Woodforde (1763-1817) for William Shakespeare’s Henry VI Part III, act V, scene V, depicting the line ‘Take that, thou likeness of the railer here’, where Edward, Duke of York, stands over the young prince Edward, son of Henry VI and Margaret of Anjou, who is clutching at the duke’s waist as he pushes her back, intent on stabbing the prostrate prince to death, supported by his brothers, Richard, Duke of Gloucester, and George, Duke of Clarence, who both draw their swords in the background. The final composition was engraved by James Fittler for Longman’s 1806 edition of the play, and later wood-engraved by John Thompson for a subsequent 19th century edition, 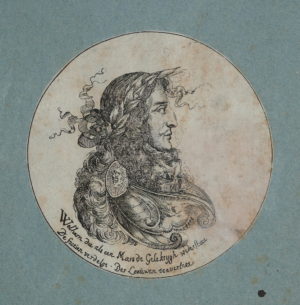 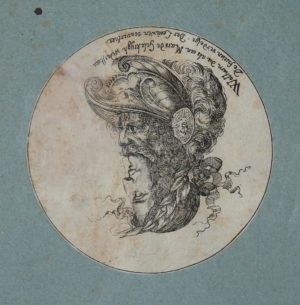 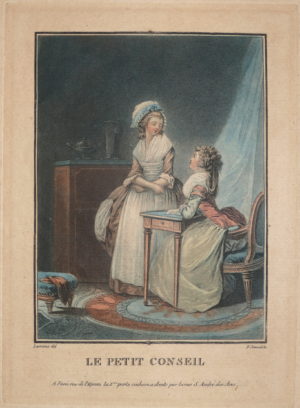 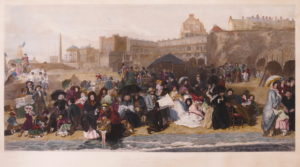