published by the artist, Barrow, and in Nottingham by the engraver, Parkyns, 1791.

from ‘Harrison’s History of London’, recording Marylebone Manor House, which dated back to Tudor times, was used as a hunting lodge for Henry VIII and later served as a boarding school, much of the grounds having been sold off in the mid-17th century to form the famous pleasure gardens, that went on to become a major concert venue from the 1730s, but which also only survived until the latter years of the 18th century,

aquatint engraving by George Isham Parkyns, 260 x 340 mm. (10 1/4 x 13 3/8 in), trimmed on or just outside the platemark, slight marginal staining outside the engraved border, 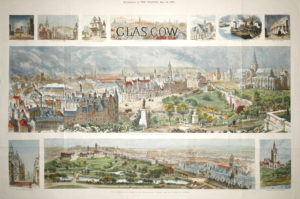 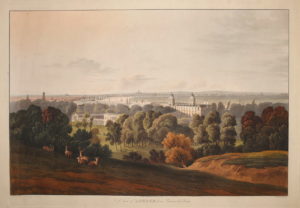 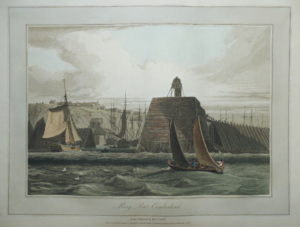