built by George Stephenson as a junction between the Manchester and Leeds, the North Midland, and the York and North Midland railways, making it at one time the most important station in the North of England, such was its role in the transport network serving regional industries, from Tait’s ‘Views on the Manchester and Leeds Railway, Drawn from Nature and on Stone by A.F. Tait’, (1819-1905), the Liverpool-born artist who trained with the print publishers, Agnew and Zanetti, in Manchester, applying his burgeoning interest in landscape and nature to depicting this series of beautiful scenes in Lancashire and Yorkshire in the later 1840s, before emigrating to America, in 1850, where he became very well known as a wildlife painter, was widely published by Currier & Ives, and was elected a member of the National Academy of Design in New York, 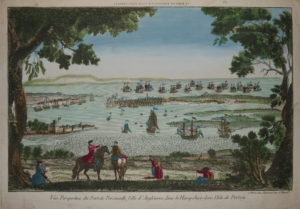 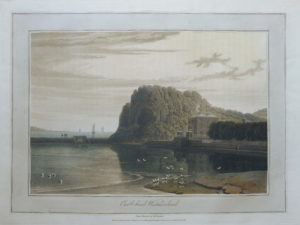 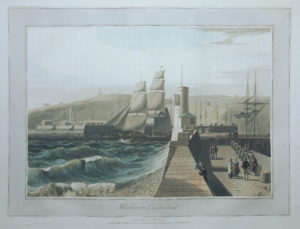