The Royal Extinguisher or Gulliver Putting out the Patriots of Lilliput!!!

a biting political satire on the passing of the Treason and Sedition bills into law, in late 1795, raising the question of a connection between a recent assassination attempt on the king, George III, and meetings held by opponents of the legislation at Copenhagen House, the famous tea garden and meeting place which stood just north of King’s Cross, as it depicts the loyal prime minister, William Pitt, dressed as a watchman, his coat in the red and blue colours of the Windsor livery, also wearing a hunting cap carrying a lantern inscribed ‘For Protecting His Majesty’s Person’, as he lowers an extinguisher, topped with a small crown and inscribed ‘For Preventing Seditious Meetings’, over a huddle of lilliputian figures, comprising Fox, Stanhope, Sheridan and others, corralled within a band inscribed ‘Copenhagen’, as Pitt declares ‘Aye! Aye! My Seditious Lads, I’m down upon you, I’ll Darken your Day lights, I’ll Stop your Throats’, to which they reply ‘He’ll put us out to a Certainty’, 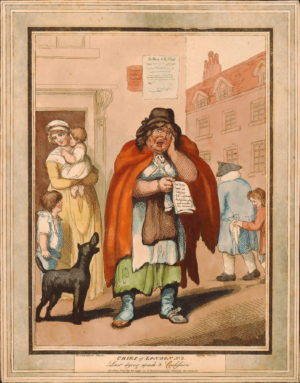 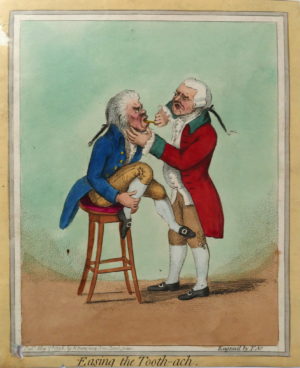 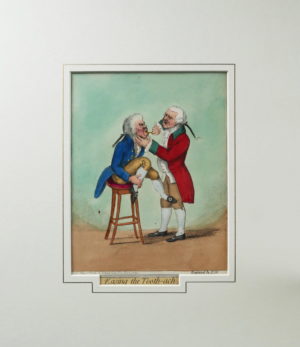