coastal chart of northwest Britain from ‘Great Britain’s Coastal Pilot’, from Anglesey to the Mull of Galloway, including the North Wales coast, the Wirral, the coasts of Lancashire, Cumbria and southwest Scotland, also including the Isle of Man, a central compass rose with north oriented to the right, ships and rhum lines, two inset coastal recognition views from ‘Chester Barr’, lower left, the dedication cartouche to Sir John Lowther, 2nd Baronet, of Whitehaven (1642-1706), Lord Commissioner of the Admiralty from 1689 to 1696,

Panoramic Map of the Thames and Medway, 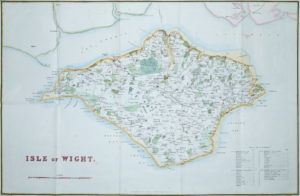