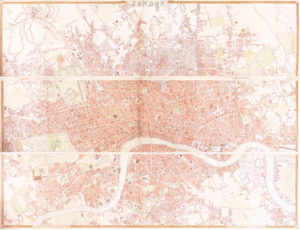 the famous and sought-after, highly detailed, 9-sheet map of central London, extending from Upper Holloway in the north to Kennington in the south, and from Kilburn in the west to the Isle of Dogs in the east, originally issued as separate sheets as supplements to the Weekly Dispatch in 1861-62, these numbered sheets from the Dispatch Atlas of 1863, the plates later being sold to Cassell, Petter & Galpin for subsequent re-issues, including with updates by John Dower from 1866, and then sold again to the great map publisher, G.W. Bacon, in 1868, 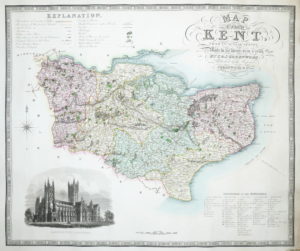 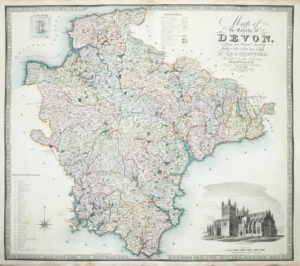 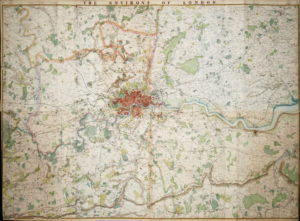