A Mapp of the Higher and Lower Æthiopia Comprehending Ye Several Kingdomes...,

after Nicolas Sanson, the earliest folio map of the continent of Africa to be printed in England, (Speed’s map was published slightly earlier but was printed in Amsterdam), extending as far north as Southern Egypt, and west as far as Guinea, a title cartouche upper left containing extensive text, the dedication cartouche, supported by putti, now bearing the arms of Sir Willian Glynn of Bissister (Bicester) in this later edition, as opposed to Robert Viner of London in the original 1667 edition, with ships and sea monsters, 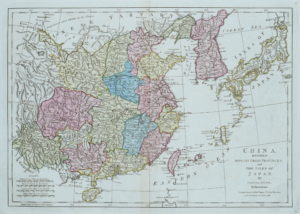 China divided into its Great Provinces, and the Isles of Japan, 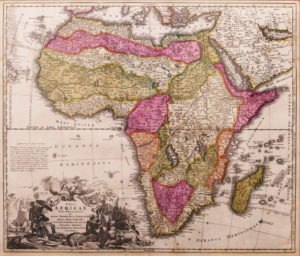 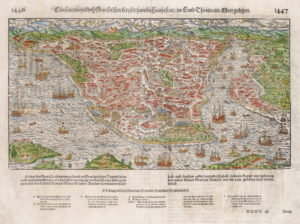 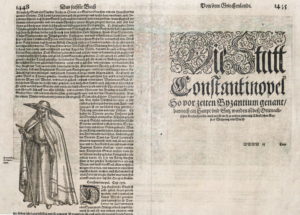