printed at the Curwen Press for Contemporary Lithographs Ltd., 1938.

the second print in the second series of fifteen Contemporary Lithographs, a pioneering project to make original art available to the masses, either as affordable art for the home or for display in schools and other public institutions. It was the combined brainchild of the young manager of the Zwemmer Gallery, Robert Wellington, the passionate educationalist, Henry Morris, the artist, John Piper, in particular amongst a circle of young contemporary artists, mostly from the Royal College of Art, and the specialist printers, Oliver Simon and Harold Curwen, of the Curwen Press. Unlike the high quality reproduction prints that Wellington had hitherto been selling at Zwemmer’s as a way of disseminating mainly continental modern art, these prints were auto-lithographs, created by the artists’ own hands as original multiples. Edward Ardizzone (1900-1978) was a prolific illustrator, particularly of children’s books, a career he took to with great success and recognition after training only through evening classes. He later taught at both Camberwell and the RCA, in the interim having been appointed an official war artist where his most memorable images document the war’s impact on ordinary society, an interest presaged here in this affectionately observed snapshot of daily life. 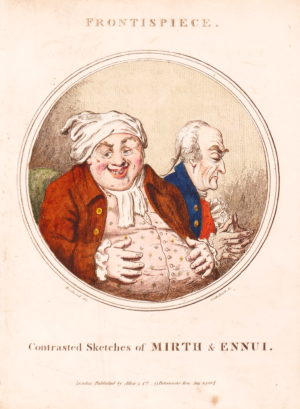 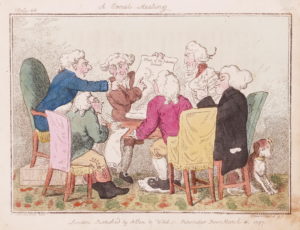 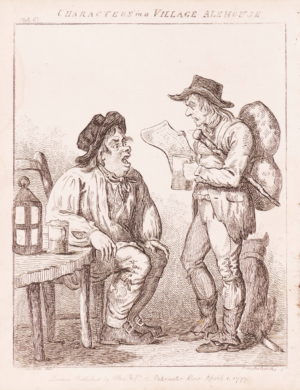 Characters in a Village Alehouse,