from the Rome edition of ‘Vedute di Roma’, erroneously thought to have been a temple to Minerva ‘the Doctor’, as described by Cicero, the ruin depicted here by Piranesi was, in fact, a nymphaeum, dedicated to water nymphs, with a 4th century domed decagonal structure part-way between earlier octagonal buildings, such as at the Domus Aurea, and later circular ones such as the Pantheon,

from the Rome edition of ‘Vedute di Roma’, etching with engraving on laid paper, 1st and only Roman state with the artist’s address and price, 465 x 710 mm., a central vertical fold with a very short tear at mid point, slight marginal spotting and surface dirt, sheet edges a little frayed, [H.74 I; F.778; WE.207] 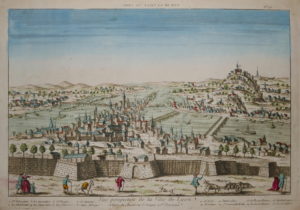 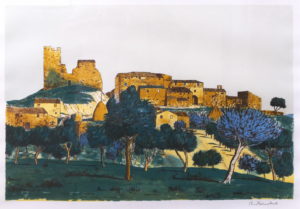 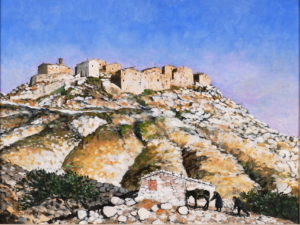