a fine example of the style cultivated by the Australian-born artist, John Hall Thorpe (1874-1947), this a variant proof copy with the stems printed in green. The Chinese Vase, one of the largest prints he produced, was issued in a variety of colour combinations, mostly in the anemones, but also of the vase itself and even of the background, which sometimes appeared in his more characteristic black. Hall Thorpe had learnt the art of the woodcut in Sydney before emigrating to England in 1902, where he continued his studies at the Heatherleys School of Art attended by members of the Grosvenor School, but only arrived at this highly decorative style around the end of the First World War, holding his first one man show in 1918. Promoted specifically to brighten up the home, Hall Thorpe’s simple and colourful prints, all individually hand-printed and signed, proved to be hugely successful in the inter-war years, 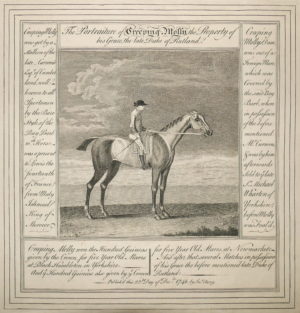 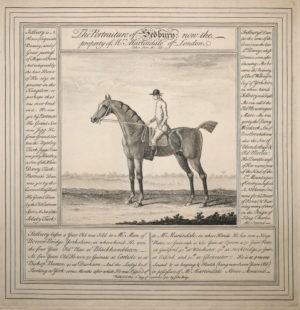 The Portraiture of Sedbury, 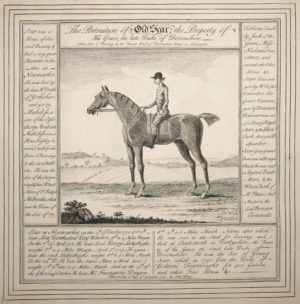 The Portraiture of Old Scar,