The second mission to do so, and only four months after Apollo 11 made the very first historic landing. 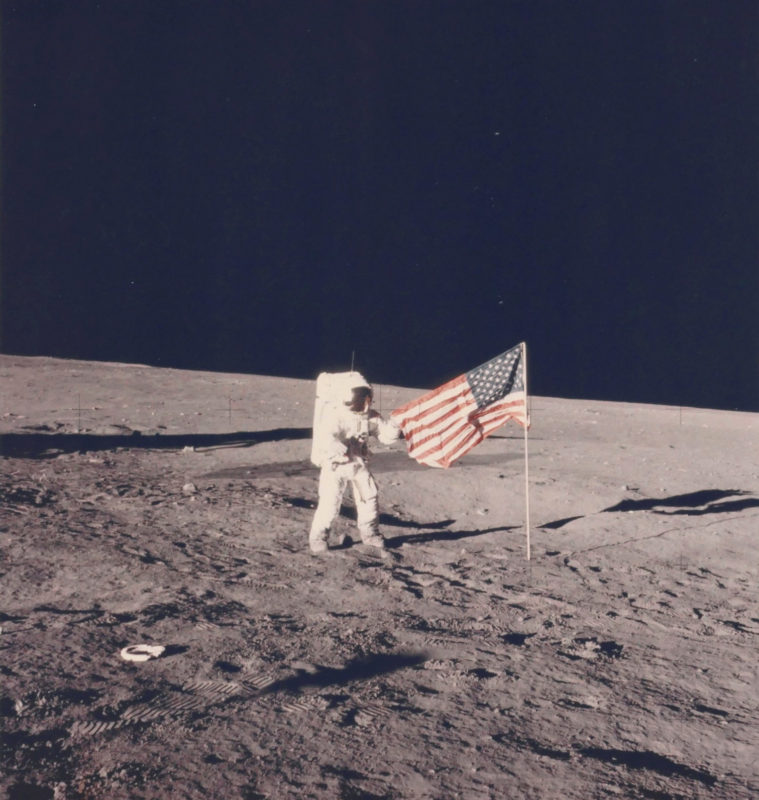 Under the command of Charles ‘Pete’ Conrad, photographed here saluting the American flag by the lunar module pilot, Alan L. Bean, they had taken off from the Kennedy Space Center in Florida, along with the command module pilot, Richard F. Gordon, on 14th November. Conrad and Bean landed safely in the Ocean of Storms, near to the Surveyor 3 robotic probe, which had arrived on the moon in 1967, from which they removed certain parts to bring back to earth. In stepping off the lunar module, Conrad’s first words were in humorous contrast to those famously uttered by his taller predecessor, Neil Armstrong, when he said ‘Whoopie! Man, that may have been a small one for Neil, but that’s a long one for me’. 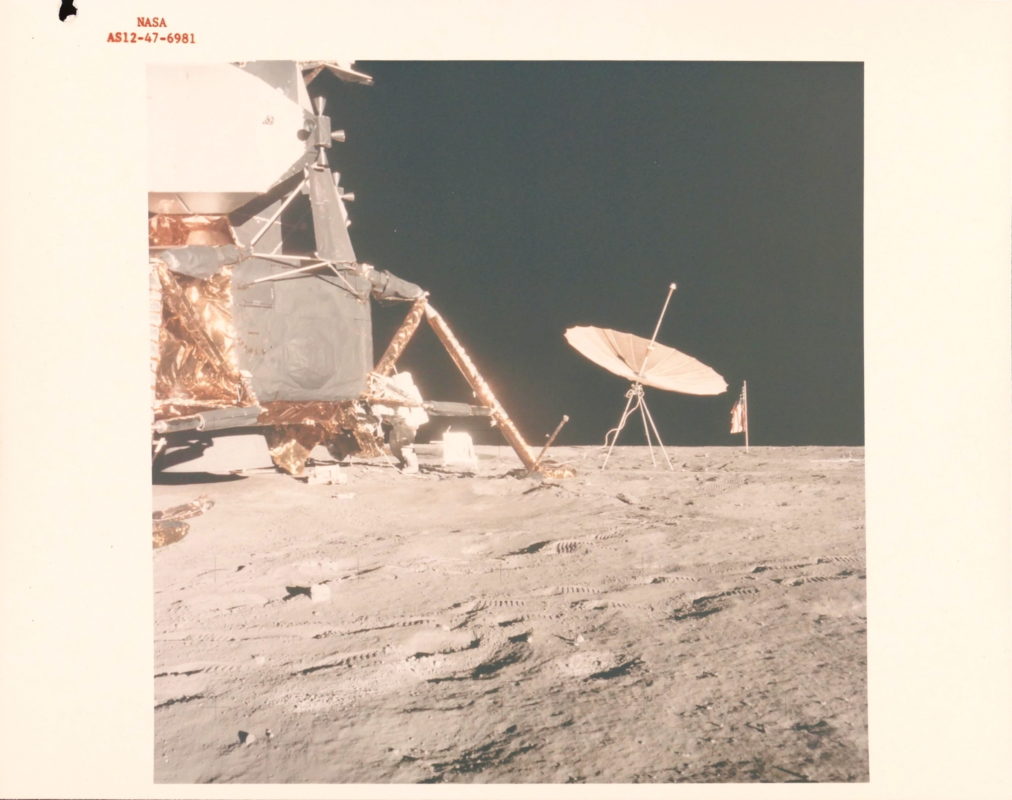 The second selected image from our NASA photography shows Conrad working on the modular equipment stowage assembly of the lunar module during the thirty one and a half hours he and Bean spent on the surface. Amongst this equipment was a colour television camera which Bean accidentally destroyed by inadvertently pointing it at the sun, thus denying the world of most of the planned live coverage.

Even the photographic record is less than it would have been had he also not left several rolls of exposed film behind on the moon. But much scientific work was successfully completed and numerous samples brought home. Conrad and Bean lifted off again on the 20th November, reuniting with Gordon in the command module for an additional day of orbiting the moon before returning to earth, splashing down in the South Pacific in the evening of 24th November.

These are just two images from a collection of over 40 NASA space photographs of Gemini and Apollo missions through the 1960s and early ’70s now available here.

Browse our selection of NASA Photography