In just under a week’s time I will embark on an epic journey that will be so much more than just a trans-continental road trip, travelling to Italy to put on a retrospective exhibition of paintings by my late father, the landscape artist Christopher Hall.

In early August, 2016, he passed away unexpectedly, following a fall at home. Although he was 85 years old, he was still actively painting, as his art was his life. And, although he didn’t reach the heights of fame and commercial success of some of his contemporaries, his was a very rich and diverse life, that found recognition in many more subtle ways. He was, for instance, himself amazed and immensely proud to find on the Art UK website, the online record of art belonging to the nation, that over 70 of his works have been acquired by such august public institutions as the National Library of Wales, the Museum of London, the Ashmolean Museum, Derbyshire and Berkshire county councils, amongst many others.

He befriended people wherever he went, and thereby also left his mark, significantly in Italy in the mid-1950s as a fresh young graduate from the Slade, where he forged numerous lasting relationships, not least his marriage to my mother, a native of Recanati, in the province of Le Marche where the exhibition is to be staged.

This exquisite medieval hilltop town is surrounded by an equally breath-taking landscape, stretching one way to the glistening Adriatic, almost within touching distance, and the other way to the hazy purple Apennines. It is with good reason known as ‘la citta dell’Infinito’, the City of Infinity, as the locus and inspiration of that most famous poem, ‘l’Infinito’, by Recanati’s most proudly cherished son, Giacomo Leopardi, which this year celebrates its 200th anniversary.

I feel justified in borrowing that title for this exhibition, not because it will run alongside the various events marking the great poem’s longevity, but as the work on show shares its root in the soil of this corner of Italy.

As a true retrospective, the selected paintings will display both Christopher’s evolving style and the changing face of what he saw over the sixty years between his first and last visits, also recorded in the accompanying sketchbooks and photographs. From an exceptionally large landscape serving as a backdrop to an unusual religious fantasy, to more intimate studies of townspeople seeking refuge in the shade of the ubiquitous but always beautiful Italian architecture that frames their existence, all Marchegiano life is here.

My brother, Anthony, is working hard to finish a book on this side of our father’s career in time for the exhibition’s opening. We must thank the several private and institutional collectors who have generously loaned paintings for the exhibition. If anyone reading this finds themselves in central Italy between these dates, please make a detour and I’ll be delighted to welcome you there. 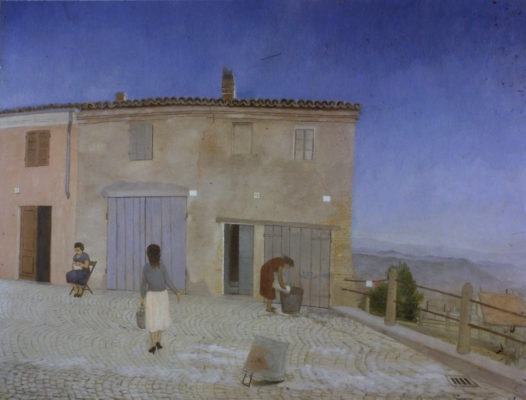 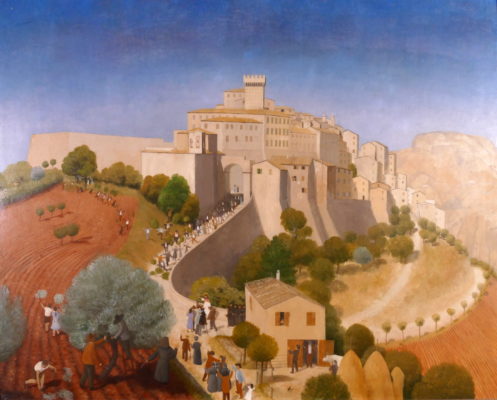 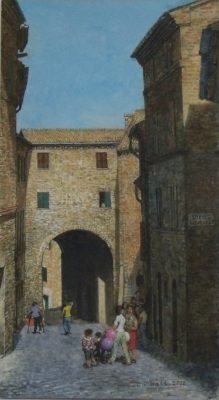 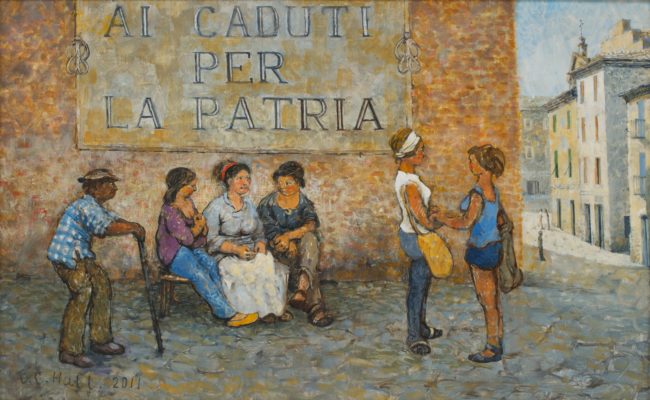 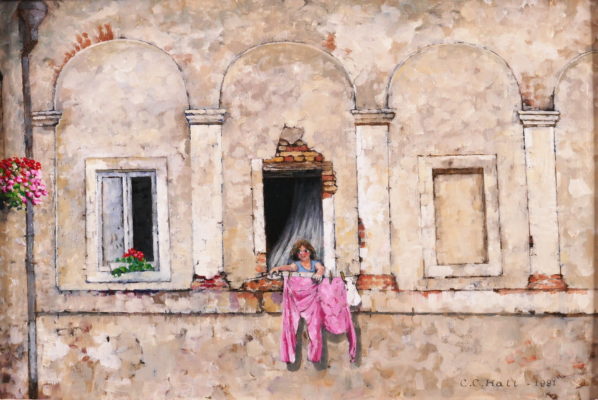 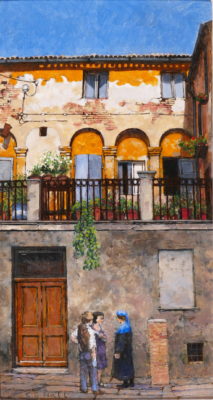